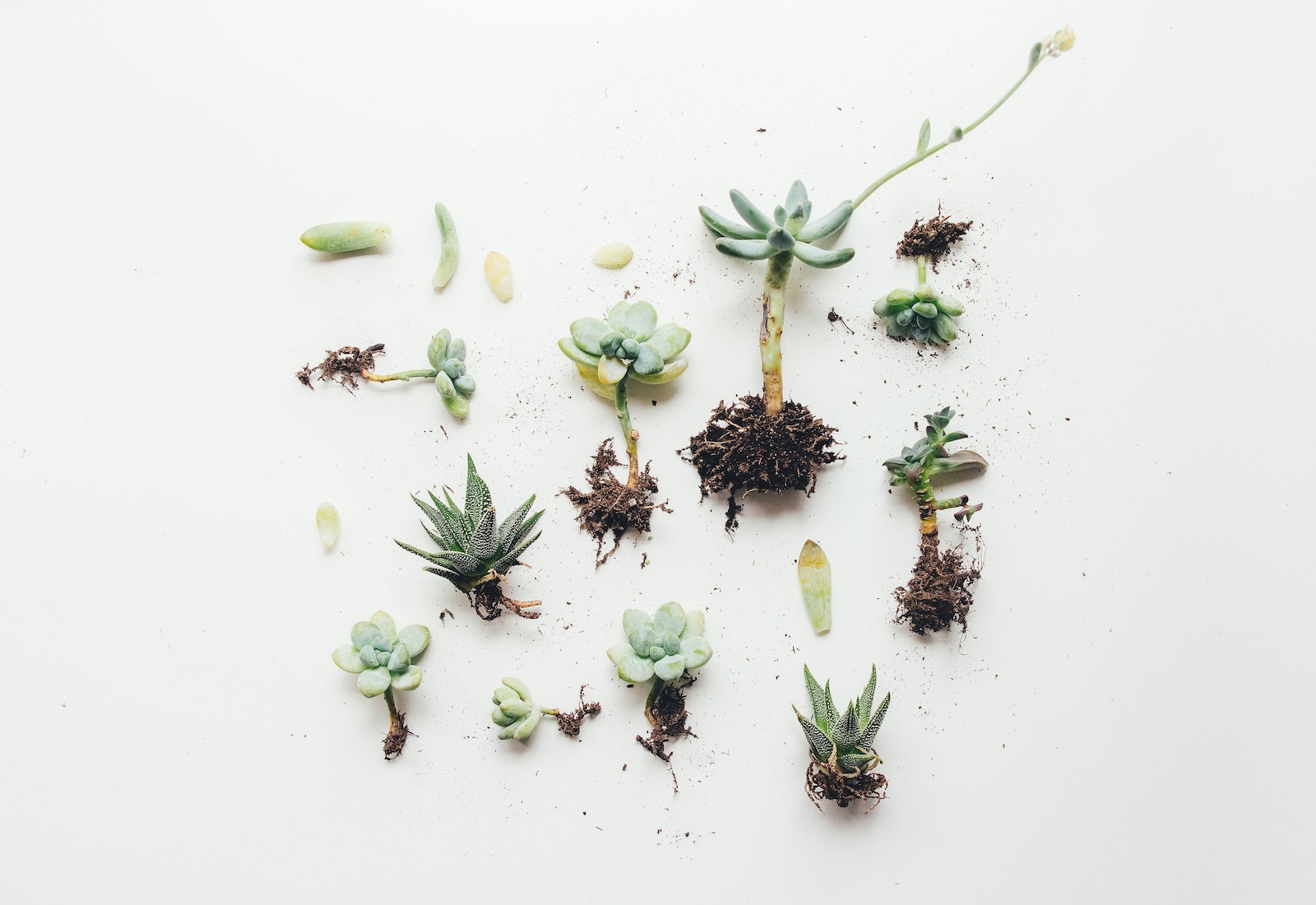 So, your garden is a work in progress. You probably have some succulents, some cacti, and a few other plants. Variety is the spice of life but remember you can’t treat each plant the same.

Succulents are mostly low-maintenance but simple mistakes, such as overwatering, are significant and can lead to the plant’s death.

Luckily, it is possible to spot a dying succulent and, with a few tricks, save it.

In this article we cover the 9 main reasons your succulent is  dying and the best ways to revive them to full health.

One of the most common ways to kill a succulent is by giving it too much water.

Watering too much causes the roots to rot, the water sacs in leaves to burst, and other problems.

An early sign of overwatering is that the leaves fall off at the slightest touch. The leaves may also turn yellowish and almost transparent.

Another sign to test for overwatering? Touch the leaves. If mushy and softer than usual, your succulent is likely drowning in too much water.

Overwatering is a death sentence for almost all succulents. It is easier to revive an under-watered succulent than overwatered.

While not as lethal as overwatering, under-watering is also a concern. The good news is an under-watered plant is easier to save.

The first sign an under-watered succulent is when its leaves droop downwards. If the soil is dry and the leaves are slightly facing downwards, it’s time to shower your succulent plant with water.

Even though succulents can be revived from being under-watered, the best thing to do would be to water them properly and not let that happen in the first place.

Set Up a Watering Schedule for Your New Plant

Using the “drought and flood technique” (where you soak your plants, then let its soil completely dry before watering again), it’s best to water your new houseplants once a week during their growing season.

When fall and winter are here, the plants aren’t actively growing as much and you can water them less.

If you have your succulent plant indoors and in direct sunlight, and you keep your indoors in warmer temperatures during the winter, make sure you aren’t keeping them too long without water.

A pot with a drainage hole is a must. If your succulents keep dying, or showing signs of overwatering, then double-check to make sure your pot has proper drainage.

Drainage holes let the roots breathe and expand. It also guarantees water doesn’t get trapped at the bottom. A moist bottom row of soil can lead to root rot in your succulents.

To make sure your plant doesn’t get stuck in a living environment with overly wet soil and no airflow, invest in a pot with proper drainage.

4. Using too small of a pot

When planting a succulent, look to see if the pot has an inch gap or more  If not, it’s likely too small.

If too small, there is no space for the succulent to grow. A lack of space leads your plant getting what is called “root bound,” where it can’t properly grow or feed itself.

Succulents tend to grow longer and stretchy when they aren’t getting enough sunlight.

This is called etiolation. And it can’t be undone. It doesn’t necessarily kill succulents at once, but it makes them weaker and it drastically changes what your succulent looks like.

Succulents are often compact and bulky, where as an etiolated succulent looks thin and tall. Specifically, Echeverias and Sempervivums start to droop down while other succulents like Aloe, Haworthia will flatten out their rosettes.

When you notice this, immediately move your succulent to a sunnier spot, where it can get a minimum of 4-5 hours of sunlight but avoid the hot midday sun. Direct midday sun can give your plant sunburns.

Succulents get their beauty and remain healthy by being in a nutrient-rich soil. Start by making an organic fertilizer at home, or get one from the local store. Your succulents will thank you for it.

Strong fertilizers can burn them even in little amounts, so always use mild and water soluble fertilizer for succulents. They like being fertilized once a month in the growing seasons, spring and summer.

In their dormant seasons, fall and winter, you can fertilize just once for the whole season.

If you are someone who loves making beautiful succulent arrangements, you need to make sure the succulents aren’t touching each other when you pot them.

It is easy to kill succulents when they are stuffed together in one pot.

They need some room to grow and if they are compactly planted, the bigger plant will squish the smaller plant and eventually, all your succulents will die.

When planting succulents, keep at least 2-3 inches gap between a group of succulents that are planted together.

As a general rule, succulents should be repotted every two years. But don’t let that general blind you from utilizing common sense.

If a succulent has been in a pot for several months and it is growing really well, consider transplanting it into a larger pot, to encourage even more growth.

Yes, even succulents can be infested with pests and diseases.

Succulents are mostly prone to mealybugs, fungus gnats, scale, and spider mites. Mealybugs and scales can be treated by applying rubbing alcohol on the plant.

One of the best natural remedies for pests in succulents is Neem Oil. It could smell a little funky to us, but works wonders for your plant!

Should You Worry about Dead Leaves at the Bottom?

Most succulent owners confuse dying leaves, which is a bad sign, with naturally dead leaves at the bottom row, which is a good thing.

Succulents naturally new leaves from the center, and they tend to shed the older leaves as they grow.

So, dead leaves at the bottom of the row is just a natural succulent process and there’s nothing to worry about.

However, dead leaves in the center of the plant or higher is a bad sign and it could mean that your succulent is being overwatered.

Dead leaves can be a great hiding spot for bugs and pests, and you sure don’t want that for your succulents, right?

If the leaves are still a little green at the base, leave them for a few weeks until you can pull them right off! Dead leaves pull away easily, so you shouldn’t need shears or a knife..

Dead leaves can also be a sign of under-watering. Under-watering causes stress in succulent. First, the leaves wrinkle up, then shrivel up and eventually fall.

Keeping your succulent alive and well isn’t as difficult as other plants, but small mistakes can be deadly.

To keep your new plant happy, give it proper succulent soil in a good sized pot with drainage holes.

From there, keep to a consistent watering schedule (adjusting for growing seasons and dormant season) that avoids both overwatering and under-watering.

Repot them regularly, once every two years, all other things being equal.

Follow these easy steps and you and your succulent are good to go!